Tomoko Sato My Daughter – A Story From the Japan Tsunami

March 11, 2016 marked the fifth anniversary of the Japan Tohoku earthquake and tsunami. This was a natural disaster that was beamed direct into our homes. We watched as the force of the tsunami swept across Tohoku. In the days following many stories arose of entire towns wiped out, the number of dead found and the numbers of those reported still missing.

Over the coming months many had to come to terms with the loss of their family members, friends and neighbours as more and more bodies were found. They held funerals and bid their farewells. There was however, a great number of missing that took time to locate or were never seen again.

This inspired our documentary Echoes which can be purchased on the following link: https://vimeo.com/ondemand/echoesdocumentary 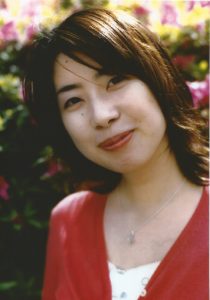 I knew a few people that were close friends with Tomoko and witnessed first hand their fear and worries when she couldn’t be found. I listened to their stories about a kind and caring young woman and would eventually learn of her courage in her last moments.

Tomoko is what I call a hero. No, she didn’t save countless lives. Tomoko’s final act was one of simple kindness true to her nature. Her act was the decision to stay with an elderly patient whilst others fled. It’s my hope that she will always be remembered this way. A person that lost her own life to give comfort to another.

The original interview with her mother, Noriko was cut down for Echoes as it was always aimed at looking at the bigger picture of Rikuzentakata City. I am extremely happy I can share it all here with you now.

When your shooting documentary anything can happen and usually does. You set up, everything looks good and then something gets in the way. Therein lies the decision. Keep shooting or reset. It’s always a fine line and the outcome can vary greatly depending on what you’re actually shooting.

When we set up for the 2011 interview, we were shooting on the Panasonic AF100. A camera that gave great creative control but needed to be operated within certain limits to get the best overall image. As the sun changed position during the course of the interview and ruined my shot I was faced with that question.  Content or quality? Noriko Sato’s story was emotional and raw.  I chose content. I thought at that moment it was far more important to let her continue to tell her story.

In 2011 we shot on the Panasonic AF100. When 2014 came around, with many other options available I chose the Canon Cinema EOS C300. I wanted each section to have a destinguishably different look.